This week we will be focusing on the trigraphs from phase 3- 'igh', 'ear', 'air' and 'ure'. We will play "wash the word" where we will write different words on the floor outside and take turns to read the words and scrub them out with a brush.

This week we will play What’s the word Mr wolf and we have played jumping phonics. For this game we used hoops as a phoneme frame and flash cards to create words. At home you could use scraps of paper! We put one sound in each hoop, then jump and sound out the word. This week we are practising ‘qu’ ‘ee’ ‘igh’ and ‘oa’. 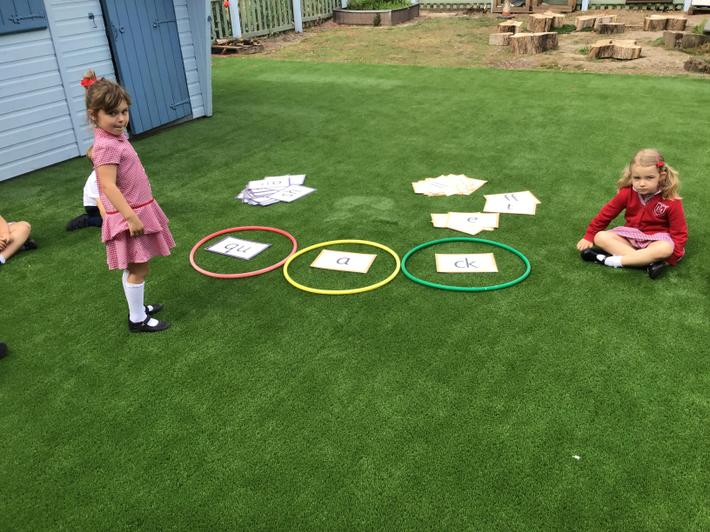 Keep going until we reach the wolf or swap the wolf.

Today we played a game with tricky words. We placed a tricky word in each hoop and threw a beanbag into a hoop. When it went through the hoop we said the word and scored a point. This could be done with different CVC words, too. You could hang the hoops outside, or if you don’t want to use hoops, you could just stick the words somewhere and use them as a target.